Looking at the work of sculptor Joop Haring, one is primarily struck by the diversity in forums and his use of many different materials. Haring produces three-dimensional works in ferrous metals, bronze and ceramics, but he also translates his ideas into two-dimensional reliefs and drawings. His working method always begins with a concept, with nature a frequent source of inspiration. Organic growth, structures and (hierarchical) order are key words that frequently return in his work.

Recent developments in Joop Haring’s work have been closely related to his stays in China and India. His Chinese Table Project, part of which is included in this exhibition, is a good example of the influence of another culture. The series of bronze ‘idea tables’, such as Table of Joy, or Table of Landscape, offers a personal commentary on Chinese culture. The tables were inspired by the Ming and the Qing Manchu dynasties.

A similar influence is also evident in Haring’s 2008 Lingam Project, begun in southern India and later completed in the Netherlands. It includes a series of tower-like works in which the Lingam (the phallus as a symbol of fertility) is a central focus. These organic, architectural forms present the Lingams as tangible trophies on their ceramic foundations.

After training at the ArnhemArtAcademy, Joop Haring has worked in Amsterdam since 1984.

Monumental public works by Joop Haring can be seen in Heemskerk and Huizen (North Holland).

Haring’s Amsterdam studio can be visited by appointment. 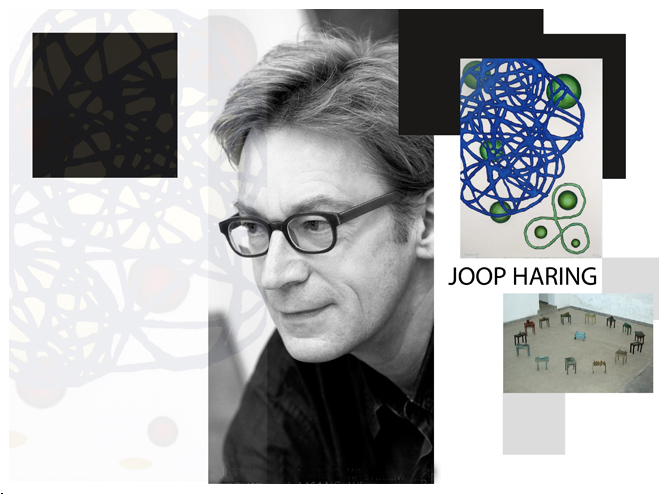